How would you react if you asked for prayer about a major issue, knew hundreds of people were praying, and then nothing happened?

I’m sure you can probably add a lot of other things to the above list, but of course the correct answer is #5.  We must keep trusting Him, because as the Apostle Peter stated, “Lord, to whom would we go? You have the words that give eternal life” (John 6:68).

God know all, and sees all, so we must keep on believing.

The year was 1997.  Our son Jeffrey with cerebral palsy was soon to turn 5 years-old.  As our sweet boy was sleeping one night, my husband Gary and I went into his room, got down on our knees, laid our hands on him, and began to pray earnestly.  We prayed for total and complete healing.  We prayed that our loving Father would have mercy and straighten our son’s crooked body.  We prayed for wholeness.

And, we did our best to believe.

In the morning?  Nothing had changed.  However I felt peace, because as we had been praying the previous night, I felt that my Father was telling me the timing was not yet right.  I believe He told me that I needed to be patient and keep trusting.

So I did my best – even though my heart was breaking at the same time.

Not long after that, one of Gary’s sisters who lived in another state called out of the blue and informed us that she had contacted a bunch of churches in her area to pray specifically for Jeffrey’s healing on a certain date – which was a Sunday only about 6 days away!  She had sent out a lot of letters; and posted all about it on the internet.

Yet she hadn’t … so I began stressing out, instead of taking it before my Father to ask for His wisdom about how to handle everything.

This was going to happen in less than a week!  I need to contact some of the churches in our area, and talk to people we know so they can be praying too!

I began making a list, and in the next week visited churches, sent emails, and made phone calls.  I began to feel a confidence as the people I spoke to responded with love and a desire to join us on that day for our son’s healing.

Gary’s sister had sent us the letter she’d sent out to everyone, and I happened to have a copy sitting on our table when a window-washer came to clean our windows.  He happened to notice it and began asking questions.  We had no idea whether he even believed in God or not, but we could tell by his face that he was deeply moved.  He asked for a copy of the letter to take home, stating that he would be praying that day, as well.

When the day arrived, as far as I could tell there were people praying in at least 8 states, plus 3 churches in Korea!

My husband and I were a little nervous, but so thankful for the many brothers and sisters in Christ that we knew would be interceding on behalf of our son that day.

The hours ticked on.  Would it happen?  Would God heal Jeffrey?  How would He do it?  Would we see it?  I was a frazzled mess all day.

But by the time we put Jeffrey to bed, there had been no change.  However God could surely heal him while he was sleeping!

After a fitful night, when I woke in the morning I was a little tentative to enter Jeffrey’s room.  Had he been healed during the night?

I did my best to keep my emotions in check, but as the day wore on, I couldn’t help but feel some remorse.  Then I began kicking myself – was this just my human nature feeling sad, or was the enemy prodding me with, “Why did you think it would work”?

As I kept reflecting and praying during the day, I felt it was probably both.  After all, weren’t we basically trying to talk the Lord into a miraculous healing to suit what we thought would be a wonderful plan, even though in previous prayers I always asked for God’s will to be done (Matthew 6:10), no matter what?

I felt a gentle chastening from my Father.  Even though I often prayed for complete surrender to God’s will over my life, still I was at times trying to convince Him that my ways were better than His.

After repenting, I felt Jesus’ love come through to me that day – love true and pure.  Everything would turn out okay; He had forgiven me once again.  I needed to just keep moving forward.

But (as I write about often), God doesn’t waste anything we go through!  Because as the weeks wore on, I began to see that He moved in ways we didn’t realize on the day of prayer for Jeffrey’s healing.

Friends began contacting me, stating how when the call to prayer for Jeffrey’s healing was lifted up at their churches on that specific day, peoples’ hearts were moved.  Hearts were grabbed in ways that only God can do.

One friend in leadership at our previous church told me that the pastor had prayed for us in all 3 services, and afterwards many who didn’t know us began asking questions.  Who were we?  This allowed my friends there to share snippets about our trials of losing 2 boys; as well as Jeffrey’s life and prognosis.

Bottom line?  People were brought closer to Jesus because of that day … and I am so thankful for that. 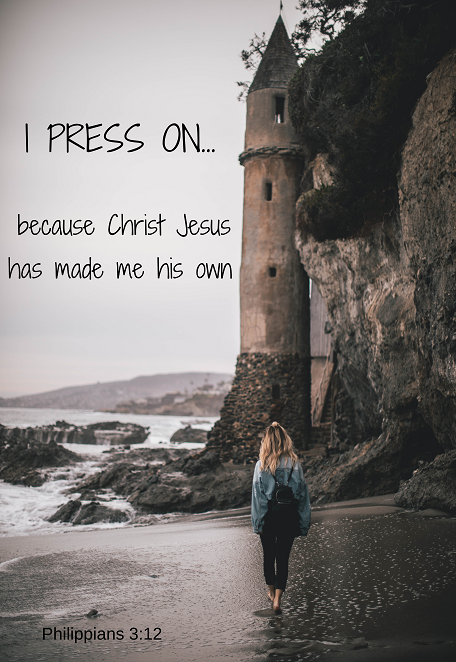 Our little puny minds just cannot comprehend the ways of our Lord, can it?

We go our merry way through our days, thinking that God’s going to do something specific, and then – surprise!  Our eyes are suddenly opened to miracles that we had never even thought of.

But what does this really say about how we should ask others to pray for us?

I’ve had many people over the years who have given me very detailed prayer requests – perhaps such as physical healing.  Many times they will tell me, “I’m just believing that this will happen.”

And, Scripture does indeed tell us that when we ask in faith, we should believe (Matthew 21:22), right?

But, Scripture also says that we must ask according to His will (1 John 5:14), and that’s the tricky part.  Is what we’re asking for in God’s will?

Only He knows.  We may think it is, but we must keep trusting Him, even when the answer comes back totally different than what we would have thought.  Because the Lord tells us in Isaiah 55:8 that His ways are far better for us than we could ever imagine.

So what is my prayer?

Lord, continually refine me and mold me into what You want me to be.  Use me and my life however You deem appropriate.  May I be a willing vessel in Your hands…

So let me end by asking you a question:  Are you trusting Him when you pray that however He answers your prayer is exactly the right way – for that time in your life?

4 thoughts on “Hanging Onto Peace When You Hurt”