I love to hear birds chirping.  In the early mornings I’ll often open my window so I can hear their sweet songs.  It’s the most beautiful symphony ever!  It delights me and gives me such joy.  They sound so happy and carefree.

Or I’ll find myself staring out the window watching the bigger birds fly through the air.  They soar freely with their wings spread out wide, floating on air gusts that allow them to rise and fall without even flapping.  If I’m finding myself anxious about something, seeing them always reminds me of one of my favorite passages:

He gives strength to the weary and increases the power of the weak.  Even youths grow tired and weary, and young men stumble and fall; but those who hope in the Lord will renew their strength.  They will soar on wings like eagles; they will run and not grow weary, they will walk and not be faint.

Isn’t that how we should be living our lives?  Soaring high above our stresses as we continue to trust our Heavenly Father each day, knowing He’s got us firmly in the palm of His loving hands. 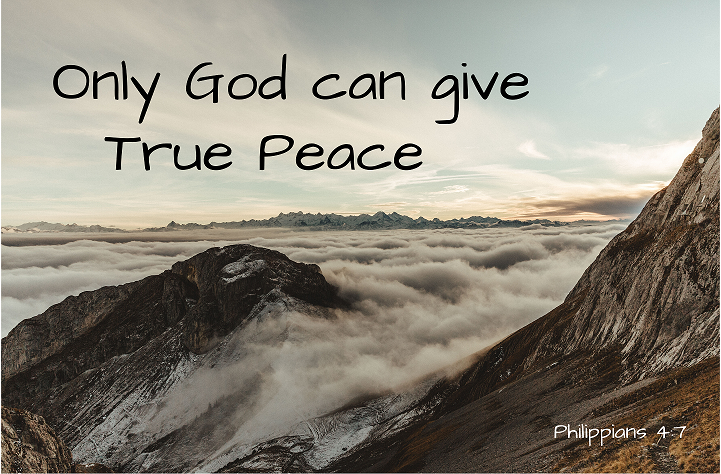 How about when you look up in the sky and notice a group of birds flying together in V-formation?  When one turns, the others turn also.  How do they know when they’re supposed to turn?  And how do they always turn in the right direction?  I know a lot of times someone tells me to go left, but I end up going right!

One site explained that birds flying in V-formation is called flocking.  Doing this enables large groups of birds to fly farther using less energy, because as the strong leader flaps its wings it creates an uplift for the birds flying behind.  This helps them become less fatigued.  Then, when the lead bird gets tired, another bird takes its place.

And, how do birds know where to find food?  That’s another question I’ve wondered.  But the answer is in right in the Bible, just like always.  God takes care of them (Matthew 6:25-34), just like He promises to take care of us.

Right now the whole world is in the middle of the terrible COVID-19 virus, which can be deadly.  Panic and fear have filled many people because of the unknown.  Some are quarantined; and stores are running out of essential items for people who really need them.

But did you know that times of panic and fear is nothing new?  The Bible lists many events when horrible perils came upon the world, food became extremely scarce, and disease ran rampant.

Yet here’s what so many of us who call Christ our Savior fail to remember:  God always takes care of his children’s needs – always!

As you begin reading this short chapter, you’ll see that the Lord has told the prophet Elijah that because of sin and evil, He is going to dry up the rain for a couple years.  No water, period.

What did that also mean?  Well with no water, it would just be a matter of time until the food supply dried up, too.  You can’t plant if you can’t water.

But Elijah was a believer of the living God!  And his Heavenly Father was certainly going to make sure His child was taken care of.

The first thing the Lord does is direct Elijah to a brook where He provides him with food and water (v. 2-6).  Then when the brook dries up (v. 7), God tells him to head into a town called Zarephath.  He would provide for Elijah’s needs through a widow who lived there with her son.

Elijah is faithful, and trusts God all the way.  He heads to Zarephath, and finds the woman.  He is thirsty and hungry when he arrives, so he asks her for a drink of water and a bite of bread. 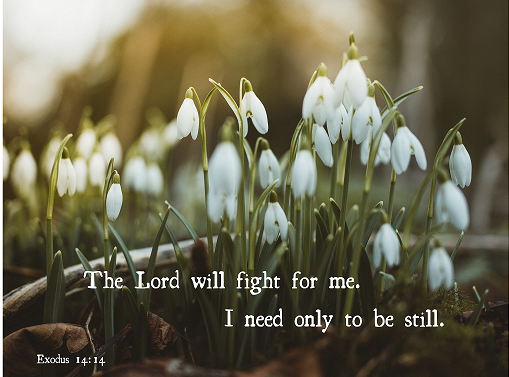 But here’s the thing:  She didn’t have any!  As a matter of fact, she tells Elijah all she has left in her house is a handful of flour and a little olive oil.  She says she’s going to make a small fire, and then use her remaining flour and oil to prepare a last meal for herself and her son.  And after that, “my son and I will die” (v. 12).

So why on earth did God send Elijah to a woman who had no food?

First off, God knew Elijah would obey him and go!  Often God want us to do something, but we hem and haw instead of just obeying.  Elijah heard, and he went.

Secondly, He knew the widow’s heart.  Just like the Samaritan woman I wrote about in my last post Eureka, this sweet woman in Zarephath needed Him desperately, and because of that, she was right on the cusp of witnessing a miracle from the King of Kings.

But why did God choose her for Elijah to visit?  I’m sure there were many in the town who were in need, as well.  We’re not told.  Maybe she had been praying.  Perhaps she had heard how God performed so many miracles for the Israelites since they escaped from captivity in Egypt.

Had she heard about God parting the mighty Red Sea for the Jews to cross?  Or how He had provided water for them from rocks in the desert?  Or perhaps how He had directed Joshua as he and his army routed the strong enemy forces as they took control of the Promised Land?

No matter the reason, God knew her heart.  So he sends Elijah to speak to her, and then provides a never-ending supply of flour and oil until the day when once again rain would fall upon the land (v. 14).

But that wasn’t the end of the story.  Because one day her son got very sick and ended up dying.  Our loving Father then revealed Himself even clearer to her by using Elijah to pray for him – and then brought her son back to life (v. 17-23)!

“Now I know that you are a man of God and that the word of the LORD from your mouth is the truth.”

Friends, just like the beautiful birds are provided food by a God who loves them and knows each of them, so He provides for us who need Him and call upon Him.  He hears our cries.

As the calendar hanging on my wall got closer and closer to flipping over from December 1999 to January 2000, the “experts” of the world were starting to panic.  Doom and gloom were rapidly spreading everywhere.

They were afraid that all the hi-tech computers would not be able to recognize the year “2000,” and would instead revert back to “1000.”

There was hysteria everywhere.  If that happened it would virtually affect everything.  Bank accounts would disappear; credit cards would no longer work; the stock market would tank completely; and governmental entities would lose everyone’s social security number.

People were forewarned to stockpile at least 3 months’ worth of canned goods, as well as learn how to plant their own food and purify their own water.

Even some respected Christian organizations were sending out warning letters to “get prepared – stock food and water!” 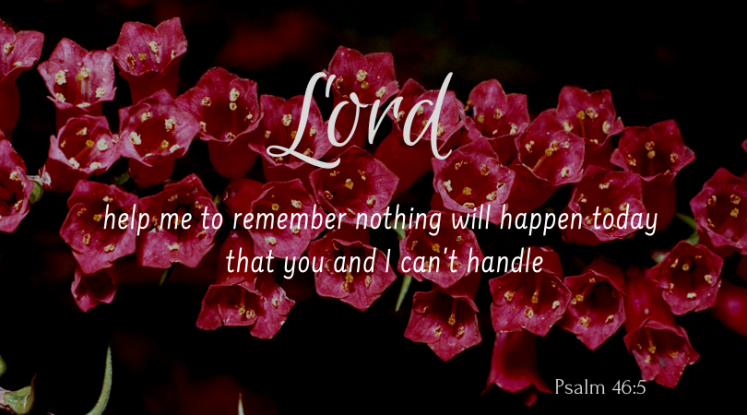 The store shelves emptied quickly, and people even went so far as to build bunkers where they could hide away if needed.  A dear friend of mine was paid a large sum of money from wealthy friends of hers to design a safehouse for their family.

Once the safehouse was complete, she was allowed to go and take a peek inside.  She was flabbergasted to find large bags of dried rice and beans already stored away, along with all sorts of utensils and cooking devices.  Clearly they could live there a long time.

She jokingly said to them that now she knew where she and her 2 young kids could come if such a disaster came upon the world.  Unfortunately, they looked at her with shock on their faces.  It was clear that was not an option.  And, they professed to be Christians.

Through this panicky time, my husband and I were simply mind-boggled.  What on earth were people thinking?  We could certainly understand people who didn’t have the hope of Jesus within them, but fellow believers in Christ?  Didn’t they remember that over and over in the Bible He promises to take care of His children?  God alone is the only “expert” they should be listening to!

And, well you guessed it.  NOTHING EVER HAPPENED!  At 12:00am on January 1, 2000, the computer clocks turned over to a new day just like every other year.  Everything kept right on functioning as usual – except for a few minor glitches.

People who had stockpiled, ended up throwing out massive amounts of food.  Wasted, because they had failed to trust the Creator, the God of the universe.

Friends, please lean on this passage of Scripture below.  Yes, there will be scary times – the unknown always is!  Yet God sees you, and He loves you dearly:

“Therefore I tell you, do not worry about your life, what you will eat or drink; or about your body, what you will wear.  Is not life more than food, and the body more than clothes?  Look at the birds of the air; they do not sow or reap or store away in barns, and yet your heavenly Father feeds them.  Are you not much more valuable than they?  Can any one of you by worrying add a single hour to your life?

“And why do you worry about clothes?  See how the flowers of the field grow.  They do not labor or spin.  Yet I tell you that not even Solomon in all his splendor was dressed like one of these.  If that is how God clothes the grass of the field, which is here today and tomorrow is thrown into the fire, will he not much more clothe you—you of little faith?  So do not worry, saying, ‘What shall we eat?’ or ‘What shall we drink?’ or ‘What shall we wear?’  For the pagans run after all these things, and your heavenly Father knows that you need them.  But seek first his kingdom and his righteousness, and all these things will be given to you as well.  Therefore do not worry about tomorrow, for tomorrow will worry about itself.  Each day has enough trouble of its own.

Amen!  And for those of you who have never surrendered to Jesus, acknowledging your sin and believing in His death on the cross and resurrection from the grave, today is not too late.  Pray sincerely, and God will hear you and fill you with peace that passes all human understanding (Philippians 4:7).

And, He will always provide for you when you need it.