My heart has been burdened for our son Jeffrey.  He recently turned 30 years-old and has quadriplegic cerebral palsy.  He’s been confined to a wheelchair from when he was just a small boy.  Yet from ages 10 to 20, he was a go-getter.  He refused to let his disability define him.  He worked hard at school, he attended events when he could, and he refused help in doing his homework – even though many times that meant spending hours typing it on his computer with basically 1 finger.

When he was a junior in high school, a college fair came to the area in which we were living, and Jeffrey went along with his school paraprofessional.  When he got home, he was so excited!  He had decided he wanted to attend Embry-Riddle Aeronautical University (ERAU) in Prescott, AZ.  Um, what?  We were living in Oregon!

Please know that our beloved son was not even to the place where we could think of him going off and living alone.  He was unable to do many of the simplest tasks without assistance.  So immediately Mrs. “The Glass is Half-Empty” (that would be me), started thinking of all the ways that it was never going to happen.  Yet my husband and I had always told Jeffrey that “with God all things are possible” (Matthew 19:26), so we told him we all really needed to begin to pray along those lines and see what doors the Lord might open.

And open doors He did!  Without going into all the specifics right now, Jeffrey truly became a trailblazer by moving away from us to Arizona, and attending ERAU for 3 years, ending up with a 3.2 GPA.

But not everything during those 3 years were easy for him or necessarily good.  Because as happens with many young men and women who move away to college, during those 3 years Jeffrey began to change.  He turned away from God and became verbally abusive to his caregivers.  He began holding things inside – things which to this day he still will not talk to us about.

In a nutshell, he lost his way.  He forgot what was really important.  His life – once so full of promise – began to get lost through the cracks.

In our human minds, we just don’t understand why some things happen the way they do.  Why does a life which seems like it’s heading in the right direction all of a sudden do a flip-flop?

There’s a young man named Mephibosheth in the Bible whose life was also full of promise, but then things flip-flopped for him, as well.

But did they really?

The story of Mephibosheth goes back to David, before he officially became king.  He had been serving in King Saul’s court, and had a best friend named Jonathan – Saul’s son.  Jonathan protected David, even when Saul would go on a jealous rampage and try to have David killed. 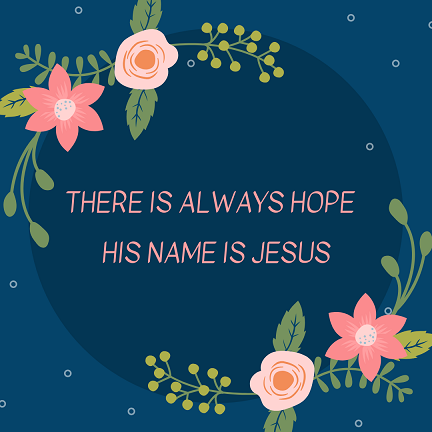 When Jonathan and his father died in battle at Mount Gilboa, David wanted to show kindness to anyone left in Saul’s family because of his friendship with Jonathan.  He eventually learned of Jonathan’s son, Mephibosheth.

Mephibosheth was still a young boy when his father Jonathan died.  And when the news came around of the death of his father and grandfather, he was taken away from his home by his nurse, probably to avoid retaliation from enemies.  Unfortunately, in the process of their escape, Mephibosheth fell to the ground and his feet were permanently maimed (2 Samuel 4:4).

Back in those days, people with severe injuries or disabilities weren’t proudly shown or welcomed, especially if they were of royalty.  So, Mephibosheth was probably hidden away to ensure his safety.

However once David found out about Mephibosheth, he made it a point to meet him, and sent for him to be brought to his castle.  Mephibosheth was a little leery of meeting King David, because he thought maybe he wanted to kill him.  But, because of the loyalty of King David to Mephibosheth’s father Jonathan, he was instead welcomed to the king’s table (2 Samuel 9).

Now that doesn’t mean Mephibosheth lived happily-ever-after, because as you continue reading through 2 Samuel, you’ll see that people who had cared for him in the past were quick to betray him.  Yet when you keep your faith in God and seek to obey and follow Him, He has a way of making light shine through the darkness (2 Corinthians 4:6).

As I read the account of Mephibosheth, it renews my hope.  It reminds me that the God who created the universe sees everything.  Not even a little sparrow can fall to the ground without Him knowing and allowing it (Matthew 10:26-31).  It reminds me that what I see in the here-and-now is so much smaller than what my Heavenly Father sees.  God sees the vastness of how everything will work out in the end; and I just see things through a peephole.

It also reminds me that my Lord is the same yesterday, today and forever (Hebrews 13:8).  And that I need to continually seek His face and stay steadfast in prayer (Colossians 4:2), remembering the great miracles that He performed when Jeffrey moved away to college in the first place!

It further reminds me of the great words in Proverbs 22:6:  “Start children off on the way they should go, and even when they are old they will not turn from it” (NIV).

When Jeffrey was about 8 years-old, he made a decision to trust Jesus Christ as his Lord and Savior.  Soon after, he was baptized by immersion.  My husband and I believe it was a true confession of faith; and because of that we know that God will never let him go.

Luke 15 gives us 3 parables of how Jesus will always welcome those back who are His.  A favorite of mine – as well as a number of my friends – is the parable of the prodigal son.  Because it shows that even when we waste and squander all that we have, once we repent and turn back to our Father, He welcomes us back home with open arms.

So friends, join me in trusting our Savior.  Join me in believing that what He says is true.  We must keep our eyes focused on the Lord instead of wallowing in despair.

Yes, easier said than done sometimes, right?  But we can do it, because “greater is He who is within us, than he who is in the world” (1 John 4:4).

2 thoughts on “Falling Down Through The Cracks”