Nothing, nothing, NOTHING can prepare you for losing a child.  Life is so fragile – we just think automatically that our children will still be living when we die.  But as I wrote in my last post, The Purity of a Child’s Heart, that’s because unfortunately we really don’t take a lot of God’s Word at face value, such as Psalm 139:16:  “All the days ordained for me were written in your book before one of them came to be.”

Our son Matthew had a morning routine at home.  He would typically wake up around 6:00 AM.  He then got out of bed, came barging into Gary and my bedroom, jumped on our bed, got himself situated in between Gary and myself, and demanded the remote control (must be a guy thing).  Since Gary and I typically slept a little bit longer, one of us would hand the remote to him sleepily, and then try and drift back to sleep.  Matthew would then turn on one of his favorite cartoons.

But one morning I awoke about 7:00 AM, and noticed that Matthew hadn’t come in.  Very strange…  I got out of bed and opened the door to his room.  I knew immediately that something was wrong, but I was not sure what.

He appeared to be sound asleep in his bed with his face turned away from me.  I reached down and gently touched his body.  It was ice-cold.  Our precious, healthy 2 year-old son had passed away in his sleep, just 5 months after he had lost his brother Bryan.  He was indeed now with his little brother in heaven (The Purity of a Child’s Heart)…

Naturally I screamed, which brought Gary in running.  We immediately called 9-1-1, as well as the pastors at our church.

But then thoughts came racing through my head that did not seem to be my own.  Even though I was confused and my stress was skyrocketing, I knew what I needed to do.  I ran downstairs, knelt in front of our living room couch, and totally surrendered my life to Jesus and His saving power. 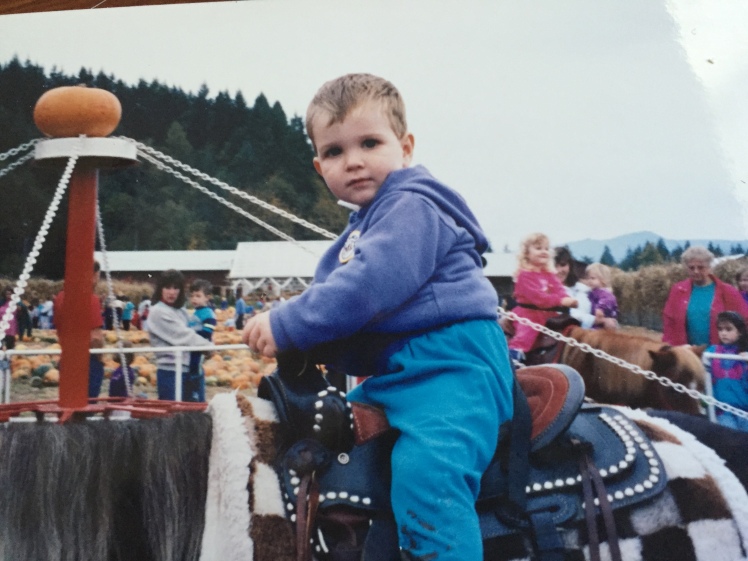 Why did I do this?  Was I feeling guilty?  Was I feeling like Matthew had died because I had been bad?  No, not at all.  I just finally realized – without any doubt – that it was time for me to quit playing around about my faith.  Mrs. “I Can Handle Anything” all of a sudden realized that this was one thing I just couldn’t handle by myself.  Here I had been “pretending” to be a godly Christian woman, but I still was totally sitting on the throne of my life, relegating the Lord to the backseat.

After my surrender I just began to pray, and suddenly I really felt that God was hearing my prayers.

The medics arrived and tried their best to resuscitate Matthew, but it had been too long.  Their guess was that he had been dead for hours.  One of the pastor’s wives had arrived, and she just sat holding me as the tears flowed…

I remember at one point one of our pastors looked at me and said:  Linda, you know that God was not sleeping when this happened.

I had no idea what that meant at the time, but I later realized that he was assuring me that although we did not know the reason why Matthew’s time was up on this earth, God did.  Matthew’s work had been completed, and God had called him home.

Is this maybe why Matthew said he kept seeing angels, and that he was going to be with Bryan in heaven someday?  Did he somehow know that his time on earth was coming to an end?

Only God knows for sure.  But one thing both Gary and I do know:  If Jesus had spoken to Matthew in his slumber and asked him if he was ready to come up to heaven, Matthew would have said yes immediately.  That is how much he loved Jesus.