One day I heard a sermon which has really stuck with me.

Our pastor years ago was relaying an account of when he and his wife were called to shepherd another church over 2 hours away from where they were currently serving.

They had a son who had just graduated from high school, and a teenage daughter.  Both were active and serving in their church.

When the decision was made to move to this new location, the son decided he wanted to stay and live in the city where he graduated and had his friends.  He was an adult and had a right to make his own decision as to where to live, so his parents – although saddened – moved with their daughter to head up this new church.

But something happened after they moved.  They heard from friends that once they’d move away, their son decided it was time to “feel his oats,” more or less.  He stopped going to church and started hanging around different friends.

Of course the pastor and his wife prayed constantly for him, and one morning in the wife’s quiet time she cried out to God:

What about our son, Lord – what about him?

However something happened that day.

She suddenly felt God reminding her of many years before when they had dedicated their son to the Lord.  She felt Him gently reminding her,

I wasn’t aware that he was your child – I thought he was Mine.

Her eyes opened wide in remembrance that her Heavenly Father had His hands on their son, that He loved him even more than they did, and that He was going to take care of him.

A couple years passed.  They continued to pray and do their best to trust God, even though things did not seem to be getting better, but worse.

Then one day their son walked into their new church, and shortly after relinquished his life once again to Almighty God.

I’ve reminded myself of this testimony many times throughout the years, starting with when Jeffrey turned 17 years old and wanted to move away to another state for college.  He could not take care of himself – hardly at all.

What if he got involved with a bad group of kids?

On and off through my struggles, also thinking of all the money it was going to cost for his extra care (plus a safe place to live) it was as if I was gently rebuked, reminded that everything is under God’s almighty rule, including finances.  If it was supposed to happen, He alone would provide the way!

As all these thoughts kept swirling around, I one day got additional confirmation to “let go, let God,” from a gal I was working with at the time, who knew a bit about our situation with Jeffrey. 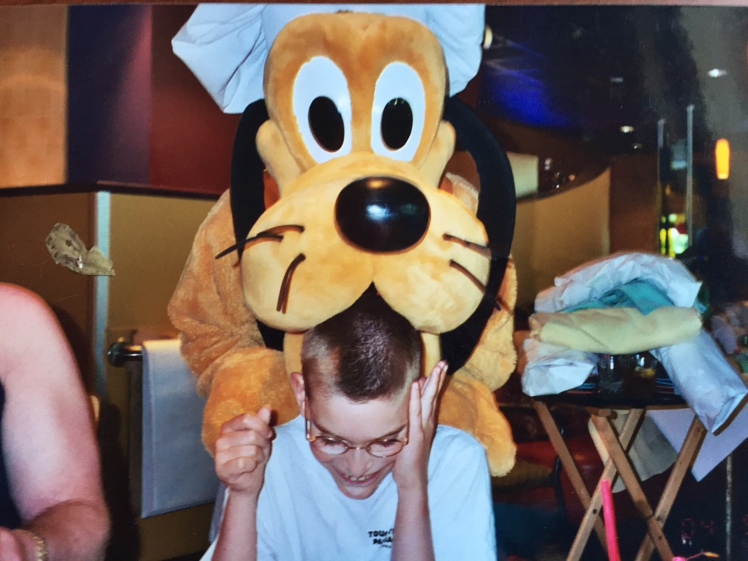 She said “it just so happened” that the priest at her church had brought up a mom whose daughter had no arms.  Regardless of that, this young gal ended up getting a college degree in psychology, and had turned into a confident young lady.

Suffice it to say that this chain of events spurred Gary and myself to get-on-the-stick and start really training Jeffrey to become more independent.  We got him a “key-holder” that held the front door key firmly in place, so Jeffrey could grasp it easier allowing him to get the key in the lock.  (We already had a wheelchair ramp at our front door.)

Then I deliberately came home late a few times when the school bus dropped him off in front of our house (yes, I had a spy – my friend was his school busdriver), and he learned how to do it!  He was able to get inside and either turn on the TV or go into his room and get on his computer all by himself.

Plus one of his therapists helped us get a cell phone for him that could stick on his wheelchair tray, whereby if he ever got in a pinch, he could call someone!

My faith in God was continually being turned up a notch, as I kept reminding myself that Jeffrey was His child, and although certainly there will be many times when he’ll stumble and fall, our loving Father will be right beside him to pick him up.

Anyone else been in my shoes?