The past couple weeks have been a little mind-blowing.  It never ceases to amaze me how when you feel your life is plugging along just fine, God decides to shake things up a bit.  And usually in ways you never thought of!

Sometimes they’re brand spankin’ new, and come totally out of the blue!  (Don’t worry, I don’t see writing poetry in my future – ha!)

Regardless of when a new season is potentially dawning, whenever I begin to feel like the Lord may be throwing change into my life, I start to pray with greater fervency.  I don’t want to be deceived.  I want to make sure I’m hearing Him correctly, and not just letting my emotions run rampant.  I’ve fallen into that trap before (way too often, actually).

And I try to be patient until I receive answers – which isn’t easy for me. 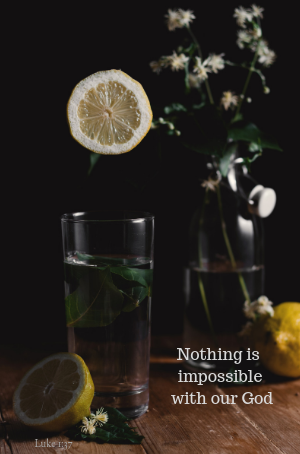 But I also begin to examine my inner self.  Am I thinking a change is coming because I’m getting a little bored?  Or perhaps that this change might make me feel important?  I hate it when I discover I’m being prideful, and it’s something I pray about all the time.

It says in 2 Corinthians 13:5-8 that we’re to test ourselves to make sure we’re remaining faithful to God’s calling.  Are my motives sincere?  Is this really from You, Lord?

Often when I feel God’s about to do something new, I find myself waking up in the middle of the night playing the “pro & con” game.  Would this be a good thing, or not?  And that’s exactly what happened recently.  As I lay tossing and turning the 2nd night in a row, I decided to go upstairs into the spare bedroom so I wouldn’t wake my husband.  Then I got down on my knees to pray.

The teeter-totter of confusion kept pestering me, so since I was getting a little uncomfortable in my kneeling position (it’s the pits getting older sometimes), finally I laid down flat on the floor and continued praying.  I eventually came to the point where I believed it was probably not what I should be doing.

I just want to do Your will, Lord, I ended.

Finally I crawled into our spare bed, and went to sleep.

The next morning I got up and had my usual quiet time with my Father, but wouldn’t you know that my devotional that morning totally threw me into a tailspin once again.  Why?  Because it talked about “seasons” in our walks with God, and why it’s important to pay attention as to when a season might be ending, and another starting.

It went onto say there’s nothing pleasing to the Lord about staying in a season that’s come to its end.  God wants our obedience in doing what He’s asking us to do.

Whoa – OK, Lord.  I now was beginning to sense perhaps He did want me to take the step after all.

My Father rarely gives me clear specific words about things, but later that morning, He did…

After I had completed my devotional time, I journaled my thoughts, then went upstairs to catch up on a few things.

I really wasn’t thinking about anything in particular a short time later, but all of a sudden 2 separate verses came flying in my mind, which left me no doubt of what I was to do.

I needed to say “yes.”  I needed to take the step.  But can I say I was a little scared?  This was a step in a direction that was brand new to me!

However when we start feeling fearful, it’s time to examine ourselves again.  Which I did. 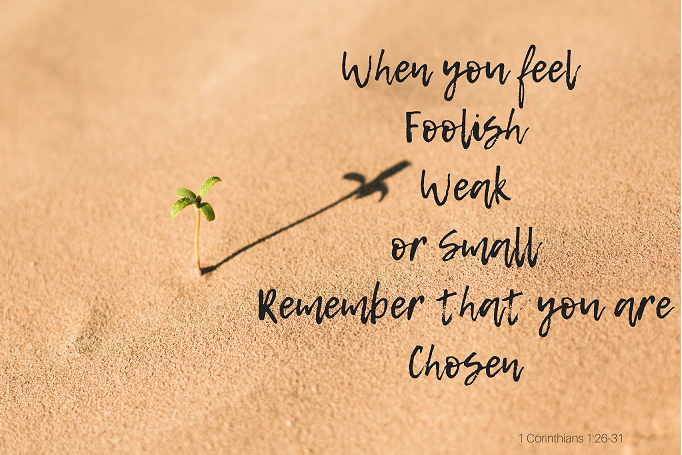 It says in Romans 8:15-16 (NLT):  “… you have not received a spirit that makes you fearful slaves.  Instead, you received God’s Spirit when he adopted you as his own children.  Now we call him, ‘Abba, Father.’  For his Spirit joins with our spirit to affirm that we are God’s children.”

And what about the Apostle Stephen when he was being stoned to death?  You would certainly think he must’ve been afraid, yet instead he prayed to God to forgive his killers, and then God took him home peacefully (Acts 7:60).

Quit being a chicken, Linda!  I have God’s Spirit within me, and it will be Him working through me.  It’s not up to me, it’s up to Him.

Oh to remember that it’s God alone who leads us into lives that are thrilling, vibrant and full of life.  He alone gives us true liberty and freedom.  When we forget that He’s right by our side, it’s easy to become scared.

I still remember years ago when we lived up in Seattle.  My husband Gary has a lot of friends from his high school days, many of whom are not Christians.  When he shared with one of those friends that he felt God was telling him it was okay for us to move to Oregon, the disbelief on his friend’s face was obvious.  “Why would you want to do that?”  When Gary shared how he really felt God wanted to bless us with a fresh start in a new area after losing 2 of our children a few years prior, his friend still thought he was a little cuckoo.

Now I can certainly understand getting comments like that from people who don’t have a relationship with Jesus.  But unfortunately doubt is also strong among us Christians.  There was a time in Oregon when I was meeting with a great group of sisters in Christ, and felt strongly that the Lord wanted me to take a certain step.  When I shared it, one of them said (somewhat testily), “We tried that before, and it didn’t work!”

I replied back (also somewhat testily),  Well perhaps we should try it again!

The bottom line?  We must stay in loving fellowship with our Savior, desiring to do whatever it is that He asks us to do.  And not do it grudgingly!

Yes, I still at moments feel a little uncertain of what lies ahead, but during those times I have to step back once again and examine … well, me.  That’s when I remind myself to keep focusing on not what I can see with my human eyes, but instead on what’s true, noble, right, pure, lovely, excellent and praiseworthy (Philippians 4:8).

In other words, Jesus…