Let’s see…  Didn’t I just write about the importance of rejoicing through praise and worship in my last post, even during difficult times?  Yes I did.  I even talked about doing a little jig to brighten your outlook (Rejoicing Because Of Jesus)!

Yet just a few days later I found myself once again beginning to whine and complain.  I started allowing my mind to wander to places where it should not go.  I started feeling useless again.  Like I really didn’t have a purpose in service for my Father who I love so very much.  That I was getting looked over in certain areas.

That I was washed up.

It’s really quite humorous how I can be on such a high mountaintop in my walk with Jesus one moment; and the next find myself reverting right back to feeling sorry for “oh-poor-me.”

I hate it when I do that, because it means I’ve taken my eyes off the Lord.

But, as usual my always patient, wonderful Father – who remembers that I am but dust (Psalm 103:14) and can be blown around in an instant – came alongside me.  He reached for me and pulled me out of my pity-party mindset which was threatening to overtake the joy in my heart.  He reaffirmed that I’m where He wants me for this time in my life.  And He gently whispered once again in my ear:  “Do you really trust Me, Linda?”

Then He began overflowing me with Scripture verses speaking of His love; and the sermons at church touched upon just what I’d been struggling with.  Coincidence?  I think not, since I don’t believe in coincidences.  So, I need to knock it off and quit letting my mind (and the enemy) steal my joy!

Looking back a bit, I think my downward spiral began when I found myself looking around and marveling at so many young Christian men and women I know who grew up in loving Bible-teaching homes with strong godly parents.  They were raised to love and believe in Jesus, and stayed true to their faith all through school.  Many continued on to college, trusting that their Heavenly Father would continually guide and direct them.

A lot of them have also stepped into places of leadership in the church.  They are alive and on-fire for the Lord, boldly using their gifts to further His kingdom as Jesus has asked us all to do (Matthew 28:19).  They are unafraid and confident.

All the things I was NOT when I was their age.

So I found myself getting bummed for all the time I felt I’d lost throughout my life.  Time I’d lost to live for Jesus.

But can I tell you something friends?  Speaking to those of you who relate to similar feelings, there is always Hope.  It doesn’t matter how old you are; or where you find yourself at this particular moment in your life.  You are NOT forgotten, and you ARE special.  More special than you know.

And please remember that even though today you may be feeling about as significant as a pea in a pod, tomorrow everything can change.

Think back to the great patriarch Abraham in the Old Testament.  Abraham was called a “friend of God” (James 2:23).  Is that incredible or what?  Yet he and his wife Sarah suffered through many years of sadness in that they had never been able to have children.  Having a son to carry on the family name was especially important back then – it was status (Proverbs 17:6).  Yet as the years passed and they found themselves getting older and older, no children had been blessed to them.

Of course they only saw one side of the story, just like we do.  They only saw what their limited minds could see.  Their true future with tremendous blessings to come had not yet been made known to them.

One day God spoke to Abraham out of the blue and told him to pack up and leave his home.  He was to head out on a journey to a land he did not yet know.  And, he was 75 years-old at the time (Genesis 12:1-5)!

Abraham obeyed, and he and his family began their travels.  Yes they certainly experienced trials along the way, but God always brought them safely through.

Then one day the Lord speaks again to Abraham.  He reaffirmed that He would never leave his side, and that Abraham was never to be afraid.  And by the way, the day was coming when he would have a child of his own flesh and blood.  Not only that, but his total offspring would turn out to be as many as the stars in the sky (Genesis 15:4-5)! 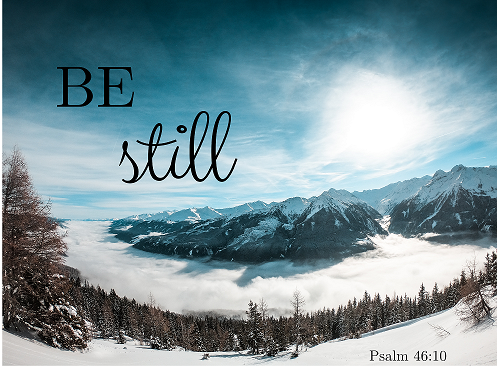 Abraham believed everything God told him (Genesis 15:6) – in spite of his age and how far-fetched it must have seen.  Now that is truly faith.

But then years and years passed by, and still no child came.

However when Abraham was 99 years-old, God again appeared to him, telling him that by the time he turned 100 years-old their son Isaac would finally be born.  Until then he needed to keep walking faithfully in obedience, following His commands (Genesis 17).

And, of course, our God is not a liar.  Isaac was born one year later “at the very time God had promised” (Genesis 21:2).

I really can’t imagine how often through the years Abraham and his wife Sarah probably felt neglected and useless before they had their son.  How often they must have felt like outcasts around their fellow countrymen who had been able to have large families.  Were they sneered upon by others around them who were popping out children right and left?

Did they experience snubbed noses from their neighbors?  Did people avoid them thinking they must have done something seriously wrong since they hadn’t been able to conceive?

It’s so easy to judge others, isn’t?  As if we’re so much better than everyone else!

I also wonder if they had moments when they began to turn from their belief in God’s promises as the doubts entered their minds.  The doubts which said they really weren’t as good as their friends which is why children had not been born to them.  Doubts about mistakes they had made in the past.

And the conversations they must have had among themselves about why they had been unable to conceive a child.  “Who’s fault was it, anyway?”

Don’t we all do this?  When we don’t see answers to our prayers after a period of time, we begin to lose hope.  We find it hard to hang on.

Sometimes for even more than a few days, like me…

When I became a believer in Jesus many years ago, I wanted to jump into anything and everything for my Father.  Why?  Because I loved Him so much.  But then often I would find myself struggling.  I was struggling because I wasn’t focused.  I wasn’t focused on who my Father was.  Instead I was intently “doing” stuff.

My prayer and devotional time in the mornings sometimes went quicker than a steam engine roaring down the tracks.  I had my list of things and people to pray for.  But I rushed through them.  I really had trouble being still before my Father and just listening for His voice.  I wanted to check things off my list and get onto the next thing.

I remember one time in a Bible study one of the gals stated she was having trouble praying.  She said when she’d try to be still and really listen to God, all of a sudden random thoughts would run through her head, like:  “I wonder if I need to get more ketchup next time I’m at the store?”

We all laughed, but her words struck a cord.  Because we all struggled with the same thing.  Our minds were just so full of stuff.  We weren’t being still and knowing who our God was (Psalm 46:10).

My mentor once told me as I shared my struggle with this that she sometimes placed an empty chair right across from where she was going to be spending time praying.  She would picture Jesus sitting in that chair.  It kept her focused, because if suddenly her mind strayed to her own personal agenda, she’d suddenly notice “the chair” and it brought her attention back to Him.

So let’s go back to Abraham briefly.  Genesis 15:1 says that God spoke to him in a vision at that time.  It’s very difficult to have visions when you’re rushing around with your head chopped off, isn’t it?  Abraham was being still; Abraham’s ears were open so he could hear God’s voice.

At the beginning of this post, I mentioned the Lord again reminded me that He has me right where He wants me at this time in my life.  He’s also been reminding me that it doesn’t matter how old I am, because no matter my age He always has wonderful special ministries He wants to involve me in.

But I must remember Abraham and remain patient!

Oh yeah, funny how I seem to forget stuff like that…

So friends, when those negative thoughts begin to push through your mind, stop!  Revert back to praising Him and remembering just who He is.  Take the time to sit quietly at His feet.  Allow Him to speak to you, reminding you of your specialness, as well.

And never forget that Jesus promises that He will be with you always (Matthew 28:20).

And our Lord is not a liar.