I have a friend who wouldn’t hesitate to do a beautiful dance for Jesus if you asked her to.  She’s graceful, and does indeed know how to dance.

I would dance too, but since I am not gifted with good balance or gracefulness, my dance would certainly not look like hers.  Dancing side-by-side would probably look like an old Laurel & Hardy movie.

But here’s one thing I know:  When you get up out of your chair and force yourself to do a little jig, it can really help you break the frown from your face.  You may even begin to giggle!

In my last post (Starting Point? Believe!), I wrote briefly about how the past couple of years I’d really been struggling as the Christmas holidays rolled around.  Yet my Father is the most awesome, wonderful Father anyone could ever have, and He has gently walked alongside me once again to bring me back to where I know I need to be.

And where is that exactly?  Rejoicing!!!

Because no matter how down-in-the-dumps we find ourselves, when we trust Jesus and do our best to keep our focus on Him, He continually brings us out of the hole we’ve allowed ourselves to be buried in; and reminds us that each day is a new day.  Scripture says His blessings are continuous, and through Him we can always find joy (Psalm 30:5).

And the Bible never lies.

The great king David certainly didn’t hesitate to dance when he was joyful.  When the Ark of the Covenant was finally returned from captivity after 70 years, he was ecstatic.  He had been waiting and waiting, yet as the years went by obstacle-after-obstacle got in the way of bringing it back to his people.

So when it was finally back, he danced.  And, his dancing was worship without limits.  Through it he was offering up praise to His Lord out of an overflow of love and gratefulness in the goodness of his Father.

In 2 Samuel 6:14 it says that he was dancing with all his might.  He didn’t care if he looked ridiculous.  He had no reservations.  He even took off his stiff chest piece so he was dancing in his linen ephod which gave him greater freedom of movement.

The people loved it, except for his wife Michal.  She thought he was being crass – not acting like a king should (v. 16).  But Scripture says that David was a “man after God’s heart” (1 Samuel 16:7). He would never have been dancing that way if he believed God would not have been pleased.  Rather, he was rejoicing with the abandonment and joy you feel when your heart is bursting with happiness.

Some of you may feel uncomfortable with the whole dancing thing.  One pastor friend of ours has shared numerous times how strict his parents were when he was young:  No dancing or playing cards – and certainly not going to movies.  Doing those things were scandalous!  Yet as he grew in faith and began to study the Bible on his own he realized that they had wrong thinking.

Remember that believers in Jesus have freedom (1 Peter 2:16).  The apostle Paul wrote in 1 Corinthians 10:31 that whatever we do, we’re to do it for God’s glory.  But note that this does not mean we are to break the law or go against God’s commandments!

Here are just a few other passages in the Bible which speak of dancing: 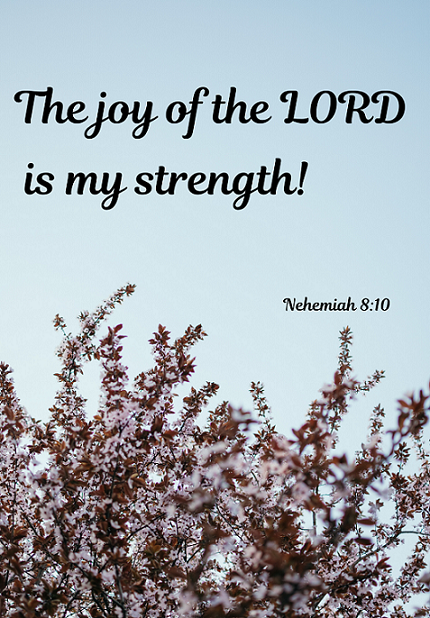 And what about Jesus, the Son of God?  Did He dance?  Did He laugh and have fun?

Although I couldn’t find a reference where it specifically says Jesus danced, there are certainly many passages where He was celebrating and having fun.  Here are just a few:

Also, you certainly cannot say that God doesn’t have a sense of humor.  On a personal front, I know He laughs at some of the silly stuff I do!

One story which makes me laugh in the Bible is 1 Samuel 5:1-5.  The Ark of the Covenant (which I spoke about above), signified God’s presence.  Inside it contained the Ten Commandments, the golden pot of manna, and Aaron’s rod that budded (Hebrews 9:4).  But the Israelites sometimes forgot the importance of what the Ark signified, such as the day when they decided to bring it with them as they fought their enemy the Philistines.  They decided to bring it into this battle as a good-luck charm (1 Samuel 4:3).

Well, that did not work.  Our Father wants a personal relationship with us, and He will not be mocked.  None of us should ever think carrying “religious” artifacts around are going to help us.  God would certainly have helped them if they had turned to Him and asked Him to.  Yet they had fallen into disobedience, which we unfortunately also do at times.  So the next thing the Israelites knew, the Philistines captured the Ark and defeated them.

Then the Philistines take the Ark back to their home and place it in their temple as one more idol to them, right by another idol of theirs named Dagon.

But in the morning, they go to their temple and discover their precious Dagon laying flat on his face like he is bowing before the Ark!  They stand him back up.

The next day they go back to the temple again, and there’s Dagon laying down once more – but this time both his hands and head have been cut off as well! 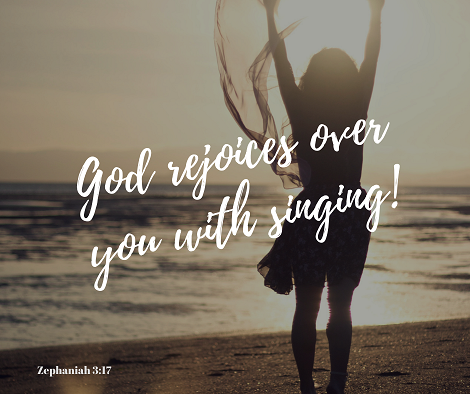 This was all terrifying to the Philistines, but I find it absolutely comical.  Their “god” Dagon was found in a position of submission to the One True God through the Ark of the Covenant!

Plus, you can’t help but chuckle at some of the parables Jesus told, like how we’re supposed to remove the “log” from our own eye before we begin to judge others (Matthew 7:3-5).  Or, how it’s so much easier for a camel to go through the eye of a needle than a rich man to enter heaven (Mark 10:25).  He must’ve been chuckling inside when He said these things, don’t you think?

When I was a relatively new Christian, I admit I was quite judgmental about ever thinking of my Heavenly Father laughing and enjoying Himself.  After all, he was God!  I was raised to think of Him as more of the strict type – sitting up in heaven on a cloud watching everything I did with probably a stern look on His face.

But then one day our pastor invited a group of Native Americans to come and worship with us.  Their love for Jesus was intense; they were experiencing joy to the fullest (Singing & Dancing for Jesus)!  And when I witnessed their uninhibited joy for Jesus, my critical heart began to soften.  As a matter of fact, it cracked the hardness right off.

Psalm 3:3 says that the Lord is the lifter of my head, my shield, my glory.  The word “lifter” here means “to raise up, exalt, be proud of.”  Yes, shouldn’t we be proud and raise up our hands in love for Jesus and all that He’s done for us?

It says in 1 Corinthians 4:10 that the things we do for our Jesus will often look foolish to others.  It sometimes makes us appear senseless, heedless or absurd – have you ever experienced that?  Yet it doesn’t matter, because I want to be over-the-top in my worship of Him!

One of our pastors a number of years ago would sometimes do a short silly little dance move when he was trying to prove a point to lighten up a bit one of his sermons.  It made us smile and laugh.  His point was that God has designed us, knows us, and has given us joy – so why shouldn’t we rejoice?

So go ahead and try it.  Especially if you’re having a bad day and it seems as though everything is falling to the ground around you.  Stand up and sing – or recite one of your favorite verses of praise – and do a little jig as you worship!  He delights in every aspect of you, friends.

2 thoughts on “Rejoicing Because Of Jesus”